What makes a great manager or leader in a High Tech company? Is it great technical knowledge or skill? Or is it the ability to be endlessly affable and convince people to do what you want, by the strength of likeability and personal relationships? Maybe getting people to perform by fear or grudging respect that comes from being in a position of power? People might answer this high tech management question in almost as many ways as there are people to ask.

Top down decision making – speak when spoken to

I’ve had many influences in my career that have shaped my attitude toward management and leadership. I started my career in old-line, traditional top-down industrial companies in the Midwest. Not knowing any better at the time, I thought that simply taking orders and doing what you’re told was the normal course of business. Doesn’t lead to much initiative or critical thinking, but I guess there wasn’t much asked for or expected of an entry-level employee in old-line companies. Speak when spoken to—do what you’re told: this was the leadership style of that day. I did move up in these organizations and experienced the other end of the stick, but even if your at the top of this hierarchical decision-making pyramid — is it the right thing for the organization? 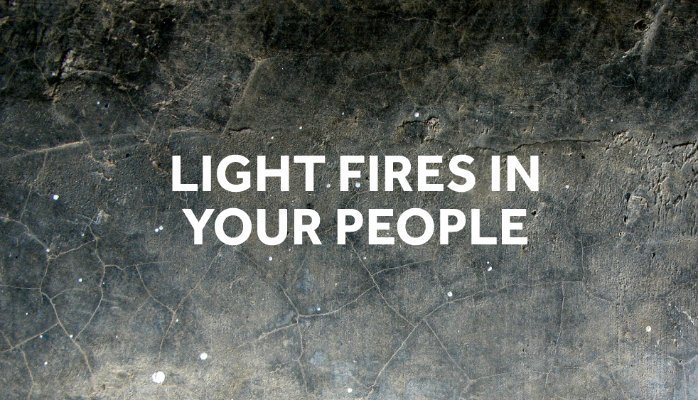 Bottom up decision making – what can you contribute?

It wasn’t until I moved to the west coast and went to work in the high tech business for Hewlett Packard that a whole new world was opened up to me. You actually care what individual contributors think? You want folks at the bottom of the pyramid to take the lead on that issue—and actually make a decision that will very likely be approved—if you need to even review the decision at all, prior to moving forward with it? What a revelation that was—the idea of treating all employees like valued adults, with spare brainpower that might actually contribute to the company’s success. The high tech management approach – at least as it was practiced back then at HP – was an incredible contrast to the old-style hierarchical approach of the smokestack industries.

The HP way opened up my mind to the power of enabling people and pushing decisions down as far as practical in the organization—where the best knowledge about a particular situation often resides. To this day I’m in awe of the positive effects of a few basic principles of the HP way: respect for the individual, hire the best you can find in a methodical and comprehensive manner with cultural fit being a major factor, fire slowly, push decisions down in the organization, keep organizational units small, and senior executives are “just people too”—no pedestals.

At the time in that company, people felt like they were working in a small company in which they were important owners because of these policies—and had incredibly loyalty and exercised initiative as a result. This was true even though HP was already an $8B multinational corporation. Like any company, the HP culture and leadership wasn’t perfect and some of those warts have likely contributed to the malaise the company has found itself in in recent years (prior to its recent breakup into two separate companies). But the simple policies listed above elevated HP to incredible success over some 60 years—it’s too bad this great company eventually strayed and lost its way.

Another area that I believe is incredibly important in the effective tech management and leadership of software and hardware companies is work ethic. The technology industry moves too fast to sit still for very long. The top people in the company set the tone here. In my experience, if the top people aren’t obviously sweating hard to contribute, it is really apparent to the troops. When the CEO is taking home several hundred thousand dollars (or millions) and seems to be doing it by just enjoying the good life, it sends a very chilling message down the ladder: what is valued, what it takes to get ahead, and “get some for yourself” while you can. Not the best way to build a team-oriented, winning culture.

Real Life leadership that CEOs could learn from

I was struck by a ride that I had from the airport in a taxi a while back. The cabbie was an immigrant from Eritrea in east central Africa. His country had been war-torn and plagued by military coups and corruption. He came to the US with little more than the clothes on his back, with a wife and two small children. Spoke no English. He originally worked in a car wash, one of the lowest jobs in the US food chain. Learned English and Spanish at the same time, because he had too. Now he owns his own Cab, and has 4 kids.

Still works hard—he picked me up at 11PM and had been working since 7AM that morning. But he didn’t complain at all. He is appreciative that he was able to come here and loves the US. His two daughters just got accepted to UCLA. It’s a classic American tale similar to many of US families that immigrated to this country over time. And you know what? To me, that taxi driver is a real leader that many people heading up companies could learn from. I’m sure that his children look up to him, and are appreciative that his hard work has paved the way to a better life for them. I’m also certain that they are very loyal and will do whatever they can to gain his approval and fulfill his expectations for them. He has set a tremendous example for the people he is responsible for—one of a selflessness, a gritty work ethic and never-say-die attitude. A strong tech company CEO or senior tech management executive can set a great example with much the same attitudes and personal & professional qualities.

So to sum it up, what makes great leadership in high tech management? I think it’s someone with great intellectual capacity, but also great empathy for people as well. It’s someone with his ego in check enough to hire good people and let them create—including the ability to push the envelope and fail without getting fired. Someone who sets an example of openness to ideas not his/her own, intellectual honesty and tireless work ethic. A manager who realizes the power of giving credit to subordinates, rather that taking it for him or herself. One who realizes the short term profits are very important, but that people should never be treated as a simple expense like an office chair—if you want to have long term profits as well. Great leadership builds great companies for the long term. It’s very rare, imo. If you know of one, I’d love to hear about him or her. Let us know what you think are the most important attributes of strong tech management & leadership–post a comment with your own opinion or example below.