The hiring of salespeople is often one of the most frustrating aspects of staffing a software or hardware company. In fact, it’s often viewed as a… 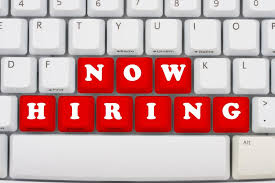 Particularly in the startup phase of a software or hardware company, the CEO and many of the senior management has often come from a technical (or at least not sales) background. They know that they need a sales force (although this is not always true!). But they’ve quite often not hired them before. Or if they have, it’s not been successful. And truth be told, a good many technical founders don’t have a high opinion of the sales profession. They often think sales looks like an easy job that anyone can do.

Salespeople are often stereotyped as having several of the following, rather undesirable traits:

– Lazy
– Opportunistic
– Over-paid
– Not particularly smart (certainly not smart enough to be an engineer!)
– Unethical
– Pushy or High Pressure personalities
– A backslapper and BS-er
– Only interested in money

You probably could add a number of others to this list, but you get the picture. Sales people are often seen, at best, as a necessary evil.

The Two types of “bad” hires

This is really very unfortunate and is based upon many years of stereotyping and misunderstanding by people outside of the sales end of the business. The fact of the matter is salespeople and technical people are very different. What makes a great salesperson is quite different from what makes a great engineer. The problem results when an engineer evaluates a sales candidate using his “engineer” filter, or worse—using the salesman “stereotype” as his hiring model.

So when things go poorly, who gets hired? There are two common scenarios that often take place. Let’s take a brief look at them:

The first one is the technically adept but “virgin” sales rep. It might be another engineer or developer who is tired of designing or writing code. Because they can relate well to the hiring manager, a good rapport develops leading to their hiring as a new rep. This candidate obviously has the technical skills to have a great grasp of the product technology. The hiring manager is quite happy, really likes the guy or gal he’s hired and is quite optimistic that sales will be increasing in short order. Unfortunately, it often doesn’t happen. Why?

The new rep has little to no experience or formal training in sales. There is also no strong sales mentor at the company and he’s left to his own devices to “figure it out”. He calls a number of potential customers, with very little positive feedback. He gets very discouraged; this isn’t as easy (or as fun) as he’s expected. In fact, it’s hard work and pretty deflating. He quits within weeks or months and looks to return to a technical position.

The second scenario occurs when the technical CEO decides he needs to hire a “real sales rep” (this often occurs immediately after the technically-oriented “virgin” sales rep has left!). The CEO or founder sets out to find someone with experience in sales and preferably someone with existing contacts in their market segment. This looks like a great step at first blush. Sadly, this time our founder falls back on his “stereotype” of a sales rep.

He hires a bubbly, talkative guy or lady who never shuts up. He’s always “selling”- customers don’t’ have a chance to get a word in edgewise. He really doesn’t understand the product very well, but he has high energy and makes lots of contacts. He’s buddies with everyone and never offends. Initially, this looks like it might be the ticket for the company, as the “sales pipeline” seems to be filling up. But in the end, sales don’t increase significantly and our second new hire either quits or is fired for non-performance. The founders are despondent. This sales thing seems so simple, but they feel they’ve just been unlucky with the people they’ve hired.

The “right” way to hire

I’ve seen these two “mistake” hires repeated over and over in my career by my clients and colleagues. There of course are a lot of related variants as well. Technically driven companies, especially the startup variety, grossly underestimate the importance of sales and exceptional sales reps. In reality, the sales rep who is exceptional at his job is every bit as important to a company’s success as the star engineer in product development. But what are the key attributes which make the great high tech sales rep?

I list below the critical attributes of a great rep in no particular order:

A listener, not a talker: High tech sales is about listening to customer needs and connecting product benefits to those needs. The aim of the sales call is to get the customer talking about his needs, using the least amount of prompting by the rep.
Need to be smart: it’s a different kind of smart from the product developer, but there’s no substitute for intelligence
A very strong work ethic: Sales is a very hard job that has no substitute for making lots of contacts.
Exceptional honesty and integrity: Customers have their antennae up for dishonesty in every sales situation. If they get even a whiff of it, your company has no chance.
A strong self-concept with a lot of self-confidence: Rejection is much more common than success in sales. If you can’t handle it, you won’t last.
Ability to understand and enjoy technology: After all, this is still high tech. And just because you can sell soap, doesn’t mean you can sell enterprise software or electronic components.
A competitive, risk-taker by nature: Sales is a pressure-packed, performance-oriented field. With typical rep comp plans that are heavily commission-based, if you don’t perform—your family doesn’t eat.

So that’s my map of a great sales rep. You won’t often find someone who is the strongest in every category. But simply using these categories in the interview process will help you to rank candidates properly, thereby optimizing your sales hiring.

In future posts I’ll be discussing other topics relating to the high tech sales force such as compensating, managing and motivating reps. As always, I’d love to get your feedback–post a comment with your own experiences.