You are here: Home / Business Models / Selling SaaS through the VAR Channel

The move toward Software-as-a-Service (SaaS) has been the strongest trend in the software business in recent memory. It changes the software business model in a number of fundamental ways. For the purposes of this article, I’m assuming the reader has a basic understanding of the SaaS business model. I’m also going to assume a basic understand of what a Value Added Reseller (VAR) is and does. I’ll focus on the fit between SaaS and the VAR distribution channel. 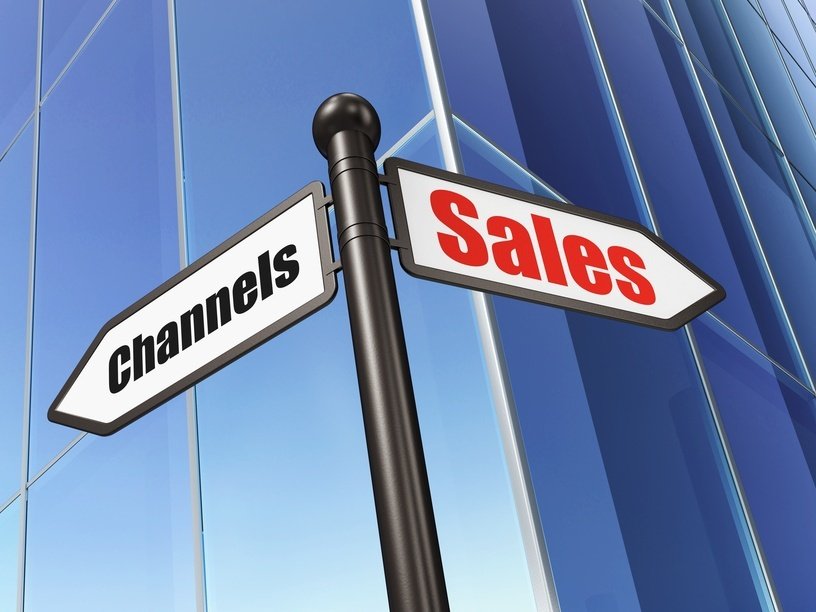 The VAR channel has been a major factor in the B2B software business for a long time. There are tens of thousands of VARs, most of them now focused on specific vertical markets. While it is still possible to find a somewhat horizontal VAR, in a market segment of any size you’ll likely find a nice number of VARs specializing on that segment of customers. As a result, anyone who is selling software (whether via traditional licensing or SaaS) would love to have this stable of key market influencers representing their product. Let’s take a look at the situation:

Sell Services (not products) – Contrary to the expectations of channel neophytes, VARs are generally seriously interested in products only to the extent that they have the ability to generate SERVICE revenue for the VAR. (Potential VAR channel problem as early SaaS models eliminated many traditional VAR service revenue streams)

Secure ongoing revenue – VARs don’t own intellectual property(products) to stabilize long-term revenues as a rule, so they’re always interested in ways of “smoothing out” their business with predictable, ongoing revenue streams. (SaaS models do eliminate much traditional VAR service revenue, but subscriptions open up new possibilities)

Maintain client control – VARs are very sensitive about retaining control of the relationship with their clients. They view these relationships as hard-won and without owning the intellectual property, these relationships are probably the most strategic aspect of their business. (VARs shy away from vendors who try to wrest account control from them and often new SaaS vendors have a “direct-first” mentality).

The problem as discussed in the above paragraphs is that many of the ways VARs traditionally make money (installation, training, integration, customization, support, client control) have been eliminated or at least severely reduced as opportunities by first generation SaaS vendors. Frankly, it’s never been easy for any software vendor to recruit VARs who end up being “active” with their products. I’ve written about this extensively in other articles. This situation sets up the typical first generation SaaS vendor as an arch- enemy to VARs rather than a potential partner. Every SaaS CEO/VP-Marketing/VP-Sales should prefer to avoid having every VAR active in their market segment as an arch-enemy. Even if a SaaS vendor doesn’t see positive leverage in selling through the channel, the flip side is the possibility of significant negative leverage in having VARs selling against them. Remember, many of these VARs serve as trusted advisers and evaluators for the end-user customers that you are trying to win! The first-gen SaaS vendors weren’t attractive partners due to the lack of potential service revenue (and often aren’t looking to partner anyway, again utilizing a direct sales/marketing model), but are targeting the VAR’s customer base.  Doesn’t this sound like a caution sign to SaaS vendors? Maybe–but let’s explore a few ideas for changing the equation that can be utilized by “second-generation” SaaS vendors.

Suggestions on how to attract VARs to your SaaS offering

There are a number of forward-thinking second-gen SaaS who have been able to leverage the VAR channel for their companies.  But for many of the reasons stated in the above paragraphs, there is still no established, tried and true model for attracting VARs to a SaaS offering today.

The biggest thing I’d like you to consider with respect to the sentence underlined above, is that when an area is less established, there is the MOST opportunity for newcomers. Since there is no established, perfect SaaS/VAR cooperative business model yet, typically no SaaS player is dominating in most segments in this still very influential B2B distribution channel. For a newcomer, this creates great opportunity and potential payback for creative approaches. Let’s take a look at a few such ideas to attract VARs:


Unfortunately I still don’t see enough SaaS vendors consider VAR channel strategy when designing their first product. In the early days of SaaS, enabling customization and integration with other products was tough to do. Now with APIs as a prominent tactic in Cloud/SaaS-based businesses, the tools are there to make it very possible. But it’s a lot harder if you try to do it “after the fact”, once your architecture has been set and the first commercial release is done. This one step can be a huge asset when you are later trying to design channel programs attractive to VARs, and it can of course be a huge advantage with certain end users as well.

Offer solid upfront margins, but focus on downstream revenue streams for your VARs

I recommend offering competitive upfront-sale margins, but going overboard here can be a waste of resources. Remember that VARs don’t build their business on upfront product sales revenue. Focus on finding ways VARs can make money dealing with you after the initial sale is complete. As an example, instead of a simple upfront commission consider sharing downstream subscription revenue–but with the stipulation that it’s only available if the VAR actively seeks subscription renewals as well as continues to creates X amount of new sales revenue each year. This is an example of a win/win which could lead to great loyalty for your offerings, tying the VAR’s interest to your business in the long run.

Instead of building a large in-house consulting team, use VARs to help fill IT gaps for your customers

VARs have a lot of capability to offer services that your end users might require and demand. Rather than competing with VARs with a large in-house consulting/support team (and using scarce capital that could be deployed elsewhere), take a look at creating service programs to utilize the best of your channel partners as your outsourced consulting team.

Initial product training is a great example of a “consulting service” to outsource to your channel. Most product companies–SaaS or traditional– see training as a necessary evil and an afterthought, sometimes even giving it away for free–while providing it with insufficient attention from the end user’s perspective. With the right tools provided by the vendor, a VAR could turn this into a profit center for their business, while reducing your utilization of key resources on a non-core activity, as well as tying the VAR tightly to your products.

In everything you do, keep in mind that the VAR is paranoid about account control (with good reason, unfortunately). Remember, you are in a business partnership with the VAR, and you need to trust them to do the right things for your joint business interests in the account. I’m not suggesting that you cede total account control to them; but let them lead. If you don’t feel like you can trust a particular VAR in this regard, don’t change your program to wrest account control from your channel. Stop doing business with that specific VAR.

I’m optimistic that adopting a few of these ideas can give you a leg up over the competition in building a productive VAR channel for your SaaS business. I hope that you’ll find this article provocative, if not accurate in your view! This is strill an emerging, rapidly changing environment. Please post a comment with your own thoughts to expand the discussion.