There is a lot of different stuff written about sales and marketing and even more specifically tech sales & marketing. Much of it is very good; some is awful. But what I think is an under-covered and under-appreciated aspect of sales and marketing activities is the earliest stages of a technology company’s existence. 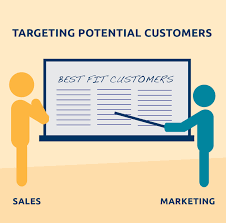 In fact, these early days are so important and SO different from other stages of a software or hardware company’s development, that I believe it can be dangerous to follow the “conventional wisdom” more applicable to later stage situations. Here are 5 important aspects I recommend that every early stage technology CEO focus on, in their initial sales and marketing efforts:

Most marketing lead development programs categorize prospects by their “demographic” profile such as “Middle-aged, director of accounting in an Oil & Gas company with $5000 budgetary authority”. This is of course very useful segmentation, but especially in the early days of a tech company it is not adequate by itself. It is also very important to categorize prospects by their “psychographic” profile. A psychographic profile defines how a prospective buyer actually BEHAVES, rather that what they look like from the outside (demographics).

So let’s go back to our simple-example demographic-profile of a “Middle-aged, director of accounting in an Oil & Gas company with $5000 budgetary authority” for a moment. Many individuals might fit this profile, thus appearing to be exactly the same from a demographic perspective. You ought to be able to market and sell to them in exactly the same fashion, right? But in fact, among any two of these demographically equivalent prospects their purchasing proclivities could be the extremely different, even diametrically opposite. This is the weakness of using strict demographic segmentation in your marketing and sales efforts, which is particularly flawed in the very early stage of a company’s life. I’d like to note that this is as applicable to a B2B SaaS company as it is to a high volume consumer hardware company.

The concept of a psychographic profile came to marketing theory as part of the Technology Adoption Life Cycle, which many of you may be familiar with. Interestingly, the original use of this concept was developed for agriculture and home economics. One of the original developers of the TALC theory, Everett Rogers, then further generalized the theory to other markets. This theory is based upon the diffusion of innovation adoption over a classic bell curve, with 5 categories of adopters (buyers): innovators, early adopters, early mainstream, late mainstream and laggards. Others have suggested variations of the theory. Notably in the technology business, Geoffrey Moore (in his book Crossing the Chasm) suggested that for disruptive product innovations there is a gap (chasm) that sits between the first two groups (innovators and early adopters) and the early mainstream.

Whether you are familiar with this theory or not, it is very important in understanding our topic of VERY early sales and marketing, for several reasons:

I generally believe that bench-marking your company vs. the competition, like-sized non-competitors in the same general market space, etc. is a great idea. However, when you’re talking about a startup software or hardware company at the very earliest stage, caution alarms start going off for me. In fact, I believe that looking at “averages”, metrics such as sales or marketing expense as a percentage of total revenue, or the average length of a sales cycle, for example – are likely completely misleading as they pertain to these earliest days.

You don’t tend to see a lot of operational statistics published specifically for these early stage companies–with good reason. Things change very fast at this stage, so it’s very hard to pick a “point in time” where comparisons make sense. So trying to compare your company’s expenditures or performance to some other bucket of startups which are at very different stages of development can be dangerous and lead you to very wrong conclusions. It’s also not a great idea to compare your company to your buddy’s company; “one” isn’t a good sample size statistically and the chances of the other company’s situation being similar enough to provide a useful comparison is slim.

I realize that it can be really uncomfortable for a startup tech CEO to be spending 50% of his revenues on marketing, or that his average sales cycle in the early days is over a year! Especially for the prototypical technical founding CEO with little marketing or sales background. But these things happen in startups because you’re still finding your way. I’m not telling you to avoid being self-reflective about your situation, or saying you shouldn’t try to improve it. This is essential! But don’t get bogged down by what happened to some other company at this stage, because every startup journey is pretty unique. The best metric to use for critical activities at this stage is whatever it takes.

What should the early stage tech marketing vs. sales mix look like?

Again, there is a natural tendency to want to use some type of industry metrics to decide what your sales/market mix ratio should look like. Don’t do it. Just as in the paragraph above I caution you against judging the SIZE of your metrics vs. some industry norm, the sales/marketing mix really has nothing to do with industry norms. It depends primarily upon your BUSINESS MODEL, which frankly, isn’t always fully baked at this point.

The biggest question to ask should be “is my business model more sales-driven or more marketing-driven”? You should be able to get a sense of this by looking at some of the other factors of your offering: price point, product complexity, direct vs. channel, inter-operability, etc. In general, less expensive and less complex situations should usually be marketing-driven, while more expensive and complex products are often more sales-driven. But almost every situation is unique and there is a lot of gray in between the two extremes.

So sometimes you have to play around with your sales & marketing model/mix before you find the right balance. Place minor bets to find your way: try out marketing programs on a pilot basis before you commit big budgets to them, and hire one sales rep rather than five at the same time. Finding the right sales and marketing mix is often more of a journey than a point-in-time decision.

Don’t hire a large sales force – or maybe any at this early stage – YET.

Another mistake I often see is startups ramping up a sales force way too early. Now sales is a critical function of any business, so how could you staff up this function “too early”? But in technology businesses in particular, an awful lot has to be done right “upstream” in the value creation process within your company, to enable the typical software or hardware sales guy to have a chance of success. If founders can’t close initial sales, lower level hired hands (employee sales reps or channel partners) almost certainly won’t be able to either. I believe that in the very beginning, the founders are the people that need to go on the early sales calls and have success. Hiring some poor sales rep and sending him/her out to make the very first sale almost never works. Except in rare cases, even the most technical founders with no sales experience (and often no desire to get any) should participate in these early calls. This is important for a couple of reasons:

Don’t get me wrong, hopefully your founding team has a senior executive with an “outside focus” on markets and customers, such as a VP-Sales or VP-Marketing. He or she should ideally be driving this effort. If you don’t have someone fitting this description on your team, it suggests a whole other set of potential issues. But at this stage it’s “all hands on deck”; anyone on the founding team that can raise the odds of early sales success should be involved. This often requires a team approach, rather than a single individual. The most important thing that can come of these early sales calls is nailing down a winning value proposition and also a repeatable sales process,  which can be used to train that sales force that you’re itching too hire. This phase also begins the building of reference list of key early customers (see below). To summarize, my rule of thumb for VERY early stage sales: nobody can sell like the founders.

Lastly, one of the most important goals for your early stage sales and marketing efforts should be building a reference or testimonial list. You’re aiming for a customer reference list if it’s “big-ticket” items that your selling. If your product is more of the low-cost, buy-it-off-the-website type, then it’s really more important to get testimonials of early customers to put on your website and in other marketing materials.

In either case, the goal is to establish market credibility with those innovators and early adopters, which you can then use to jump that critical and difficult gap into the much larger early mainstream segment of the market, where the real money will start to be made.

Again, the metrics don’t matter when building these early sales wins that you hope to turn into reference customers. All hands on deck, no expense spared. Because if you can’t be successful here–no matter the resources expended– you’ll likely have no chance to move on to the next phase of your company’s development. If you can’t develop a customer reference list, you will fail. Maybe quickly, maybe slowly, but the end result really isn’t in doubt. So go all out and do what it takes to build this list. There are too many potential tactics to examine here, but here are a couple of my favorites to accelerate this activity:

Those are my thoughts on the most important considerations for successful early stage tech sales & marketing in a startup software or hardware company. What does your list look like? Post a comment with you own criteria, or a ask a question about a point that you’d like clarification on.

Did You Find This Article Useful?If so, please read on below...

You may benefit from our personalized approach to enhancing revenue growth and profitability for YOUR technology business. Every engagement is custom-developed to encompass the unique needs of your market and company, as well as your personal management preferences. Please check out our Services page or our individual practice pages such as General (P&L) Management Consulting, SaaS Management Consulting, Product Management & Marketing or Interim Management Services.