You are here: Home / General Management / The Shelf Life of the Tech Company CMO

This is a topic that probably isn’t debated all that much; except for among software and hardware company CMOs & VPs of Marketing! But I think it’s an important management topic nonetheless. How long – and more importantly how effective – the top marketing executive of your company is will tell a lot about the overall success at most technology companies. 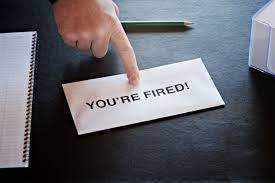 Let’s start off by discussing the normal tenures of the top marketing executives of technology-based businesses. Just a note, I’m lumping the CMO and VP-Marketing designations together for the purpose of this article, although in larger tech companies there may be both a CMO and VP(s)-Marketing. In the great majority of companies, however, there is one title or the other with essentially similar responsibilities. From this point forward I’ll simply refer to the top marketing executive as the “CMO”.

As I stated above, I believe that the length and success of the CMO is highly correlated to success in most businesses, not just technology companies. First the good news: A recent study by Spencer Stuart showed that the average tenure of CMOs at ALL companies – not just tech-based – grew to 48months in 2014, up from 24 months from 2004 when Spencer Stuart first began tracking this metric. Other studies have indicated that marketing budgets also increased by 3.5% in 2014, another bullish sign for CMO success.

Unfortunately, there is another side to the statistics. The bad news is even among ALL companies, the average CMO tenure of 48 months is still dwarfed by the average CEO tenure of 80 months. This of course isn’t surprising, since firings and other personnel attrition tend to work their way up from the bottom before the top job is affected. But it does point to a lack of “full partnership” between CEOs and their CMOs.

A separate study by IDC paints a bleaker picture still for hardware & software company CMOs. This study of 152 technology companies found that 77 — more than half — have replaced their CMO in the past two years. This is the closest data I have been able to find recently to defining the average tenure of CMOs specifically in hardware and software businesses. Many years ago there was a often-quoted statistic that the average tenure of a tech company CMO was around17 months, which is a shockingly low number. The IDC data referenced above indicates that the job security of CMOs in tech companies may not have changed all that much over the years.

If you have an interest in the topic of tech company management tenure generally, I previously wrote about a similar (if not worse!) situation associated with the tenure and treatment of the tech company VP-Sales function in the article The Tech Company Equivalent of the Canary in the Mineshaft.

The importance of marketing continuity in the digital age

The importance of average tenure is an under-rated one in the overall success of technology companies. While it is true that software and hardware businesses are generally subjected to more rapid change compared to companies without a strong technology orientation, the importance of continuity in the marketing department is often very underrated. A good tech company CMO should be able to improve performance over time, especially in the digital age with marketing programs and tools that allow much more effective analysis of marketing performance with the benefit of historical data.

But this institutional knowledge doesn’t happen overnight; in most cases it takes some time to characterize what works for a particular company/product line, let alone establish objective proof of it. A good tech CMO must commit to continuously testing new concepts to keep growth going, but this can lead to pauses/interruptions in meeting short term goals, when things don’t go as hypothesized. In addition, technology markets have ups and downs due not only to economic factors, but also the product cycle can have a large effect on the ability to create demand on a consistent basis. For these reasons a longer view is advisable when evaluating marketing performance–not just “what have you done for me lately”. It should certainly be longer than the view being taken if you’re consistently firing a CMO every 1-2 years.

So in summary, if you’re a hardware or software company CEO, how do you best handle the hiring/firing/care & treatment of the CMO role in your tech company? Here’s a few suggestions:

There you have my view of how a CMO should be viewed, treated and evaluated within a software or hardware company organization. It’s hard to generalize since job descriptions vary as well as individual company and market circumstances. What do you think–how should the tech company CMO role be evaluated? Post your comments with your perspective.