You are here: Home / Software/Product Development / Planning your SaaS MVP

Planning a new product using the concept of an MVP – an acronym for “Minimum Viable Product” has become very hot in the technology world in recent years. Of course, this is really just modern terminology for an age old marketing concept. But a software or SaaS MVP is still an important concept and very much a legitimate and important topic in product planning and go-to-market for technology companies. 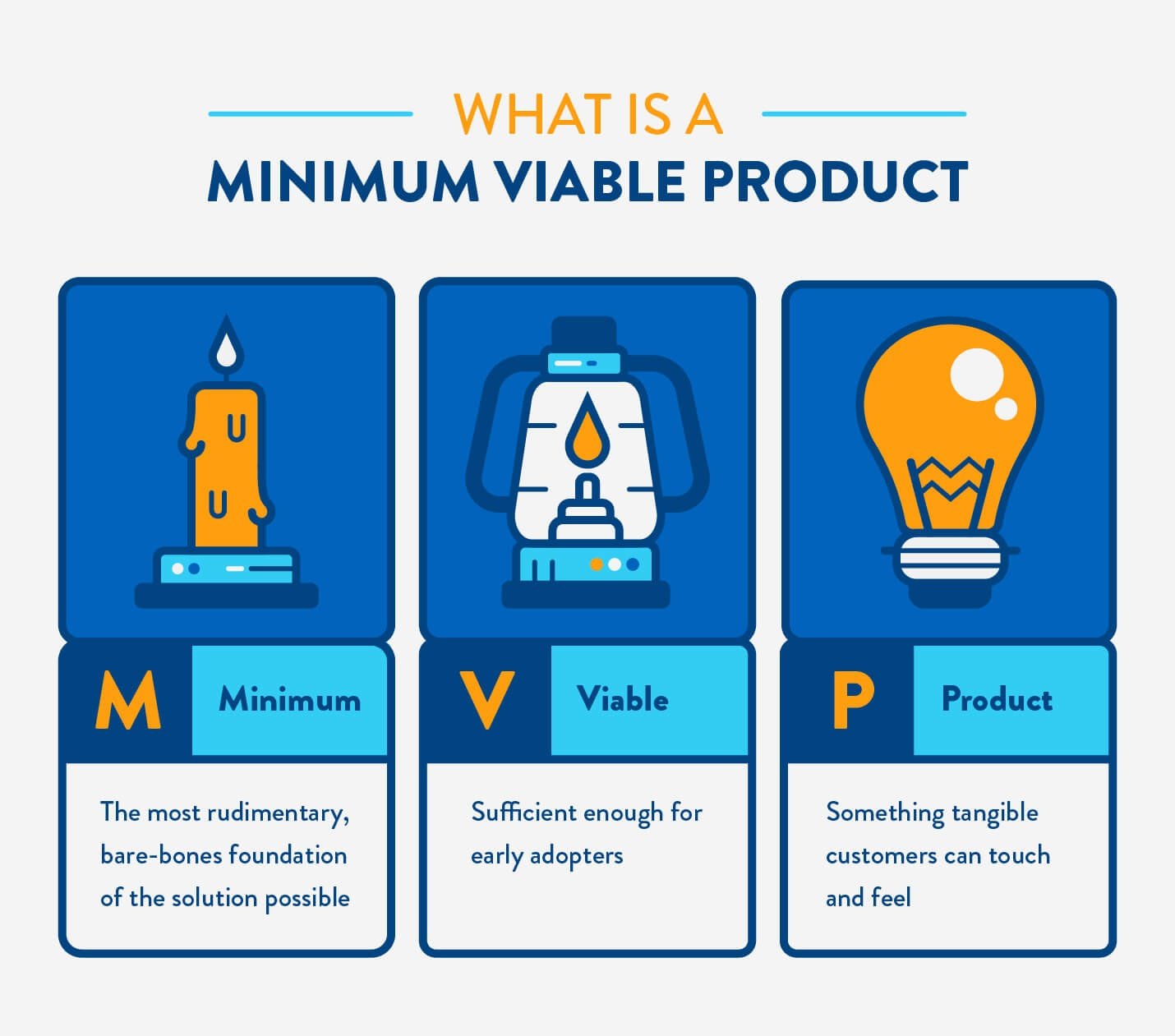 The MVP concept is actually applicable whether you are in hardware, software or semiconductor/electronic component business. But since software-based products are inherently more malleable in shorter time frames, mobile and SaaS product are where the concept is MOST applicable. And with SaaS it is a perfect fit, with the ability to update all users instantly with a single upload. So for this article, we’ll use a SaaS MVP as the example  for the discussion.

Let’s start with some definitions. The term Minimum Viable Product was first termed by Eric Ries of Lean Startup fame. Mr. Ries described an MVP as “that version of a new product which allows a team to collect the maximum amount of validated learning about customers with the least effort.”

Another definition, which I believe is more complete and descriptive comes from Wikipedia: “A minimum viable product (MVP) is a product with just enough features to satisfy early customers, and to provide feedback for future product development.”

Regardless of the definition that you prefer, the concept of an MVP isn’t that difficult to understand at a high level, nor is it a particularly novel concept. Software development is expensive and time-consuming (with obvious important time-to-market implications). Until you get good market feedback, it’s nearly impossible to design and build the “optimal” software product for a particular market segment. So the idea is to not go overboard with the initial feature set, but to build something more minimal to get to market more quickly, and gain that good market input so critical to ultimate success. In my opinion this isn’t a new concept in software product development; good product managers and developers have always instinctively understood this to be good practice. But I do think that the mobile software or SaaS MVP is a very useful construct, as it succinctly captures the nature of this software product planning best practice.

Problems can occur, however, when the concept  of a minimum viable product is misunderstood or misused.

It isn’t just a “prototype” by another name

The biggest problem that often occurs is the focus on M (minimum) at the expense of the V (Viable) in the MVP acronym. A SaaS MVP isn’t just a prototype to show prospects and customers. Not that there is anything wrong with that – in fact it’s another product planning best practice! But even with a basic prototype, it is often hard to get the optimal market feedback, which can really only be gathered with a product in the marketplace. Only when prospects are seriously considering parting with their valuable budget on your product do you get the scrutiny necessary for the most serious feedback. In addition, pre-sales feedback usually doesn’t tell the full tale; often times the breakthrough market research occurs with actual USERS, not just prospects. Both the most appreciated features and well as the user interface warts and key missing pieces are often fully identified only when users adopt the product and fully transition into their workflow.

So make no mistake: an MVP must be a viable product, capable of winning in the marketplace. Because of this, it can’t just be an also ran, me-too product or bare-bones prototype. It will fail miserably in the market, damage the product brand and likely not lead to gathering the most relevant market feedback. It’s critical to build something that is differentiated vs. the current solutions available in the market. This is the most misunderstood thing about the MVP concept and this misunderstanding happens far too often.

How do you decide what goes into your SaaS Minimum Viable Product?

So you need differentiation, but don’t need to throw in every possible bell and whistle you can think of in your initial offering. Here are some important things to consider:

Summary: what’s the key to a successful MVP?

To summarize, the key part of MVP is the “V” meaning “viable”; for a new product to be viable in the market it needs to have differentiation. I think that the point might be more clear if we refer to this step as a “minimum winning product” rather than a “minimum viable product”.

While differentiation is critical, you need to avoid throwing in your MVP every possible bell and whistle you can think of. This will only make your product more complex, harder to maintain and harder to use. You need to match the most important features in competitive products; but it’s also important to eliminate superfluous features that the market doesn’t want/need. And you usually don’t know if the market wants/needs all of these feature at this early stage. So stick to the most important differentiators in your MVP that you believe will enable you to win a significant amount of deals against the current competitors.

After releasing a “winning” MVP, then use early customer feedback and your enhanced market knowledge to iterate towards the optimal offering for your target market segment.

Have you built an MVP and taken it to market? What do you feel are the pros and cons to this approach? Please post your experiences, opinions and stories in the comment field below to extend this discussion.